© 2021 The Virtual Liverpool School of Architecture 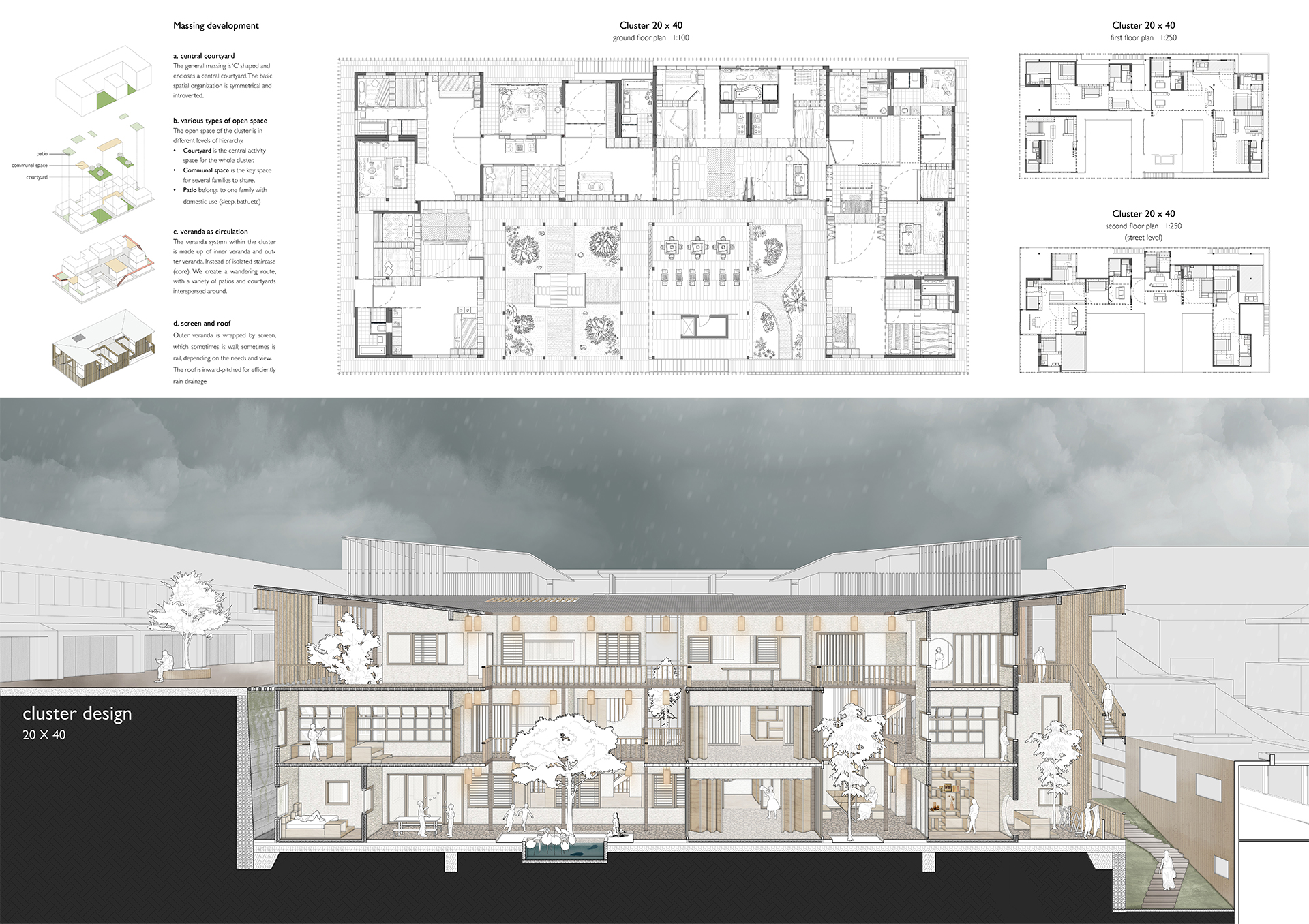 The discussion of the form-and-society relationship blurs the disciplinary boundary between humanities and social sciences. Architectural forms physically defined the urban pattern of the city. The city, as a social machines, is the reflection of a certain society in terms of economic, technological, social and cultural forces.

Among the architectural forms in the city fabric, housing works as a bridge to form the formula between the scale of the city and the individuals. In terms of forms, city is physically composed of artificial settlements. Meanwhile, housing is the basic cell for people’s everyday life. From the perspective of social structure, housing directly reflects the family structure. The urban pattern formed by the houses shapes the social structure under current urban planning strategy.

The courtyard housing is worthy of regeneration in contemporary China. Considering the development history in Chinese society, the “form” of courtyard housing and its adaptation reflected the truth and development of Chinese society in terms of demography and culture from the feudal period to contemporary era.  Courtyard housing could therefore be used as a prototype to explore a new version of adaptation that can specifically fit the requirement under a particular Chinese circumstance. By conducting the typological research, it provides a method to link the contemporary technology and the society that has long been accepted as a common psychological image by Chinese people.

The courtyard housing should be translated in contemporary society. The contemporary social structural and its development path in China should be analysed. Concept of family is the hinge to connect the factors in Chinese society. The current social structure could be represented through the family models that related to housing. A new social and family relationship should be predicted to solve the current social crises and would provide us with a better future. The adaptation of courtyard housing is driven by the new social relationship. Sustainability will be achieved in this project not only environmentally, but also economically and socially. Courtyard housing will be explored in a cooperative living style. By establishing a multi-generational relationship through the co-op courtyard housing typology, social and economic sustainability could be achieved. By revising he courtyard housing typology, Chinese culture and historical sustainability will be realised.