© 2020 The Virtual Liverpool School of Architecture 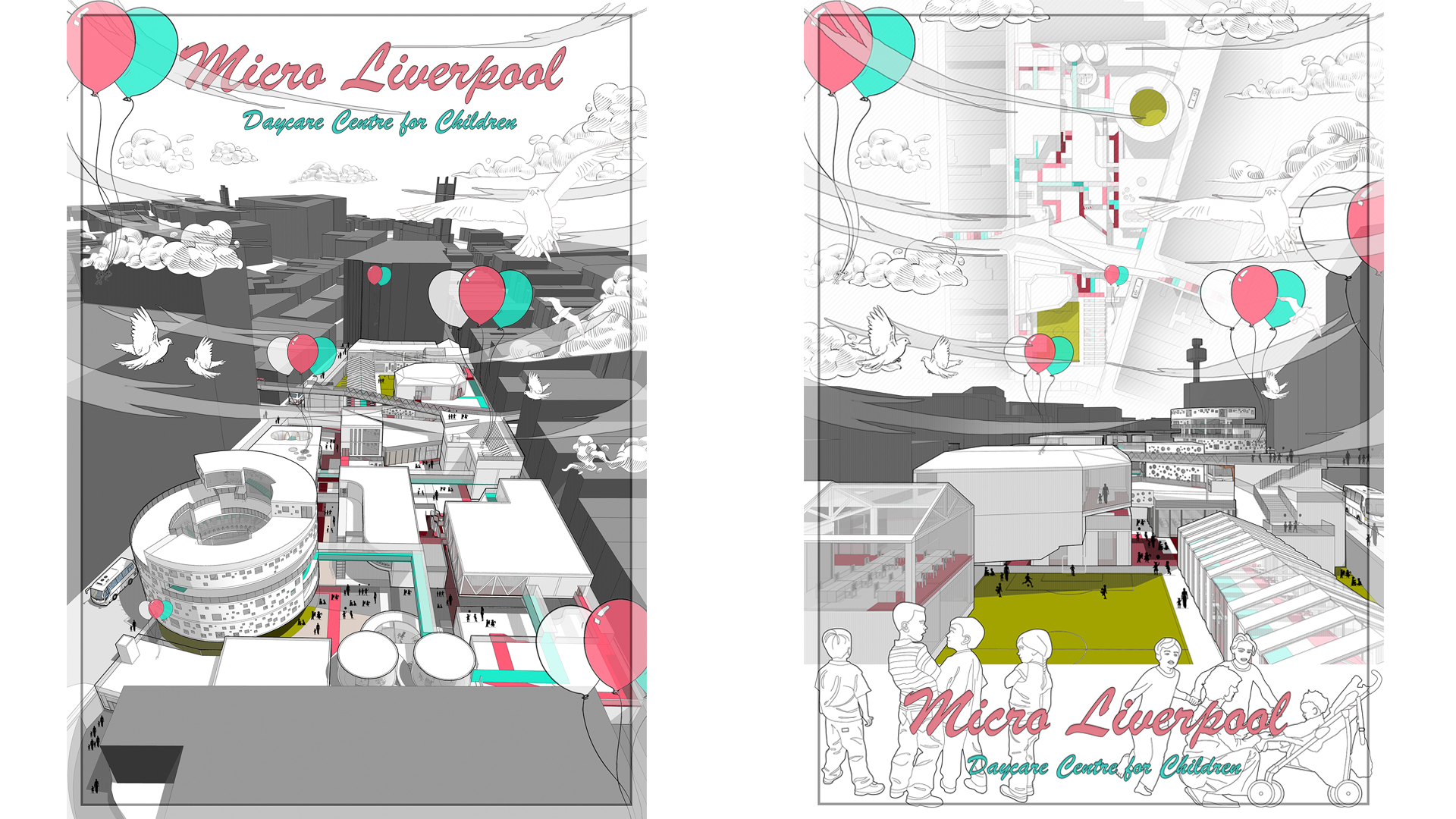 Due to the high child poverty level in Liverpool, the thesis project are proposing is a Children Day Care centre for approximately 1000 children aged from 0 to 6, who are living in unemployed single-parent families located in and around the Liverpool city centre.

The project aims to take advantage from Liverpool’s wide range of educational and cultural facilities. ‘Micro-Liverpool’, therefore, refers to the fact that the complex is brought together as a series of urban fragments from the city-centre, which are re-designed and transformed into a series of exciting spaces for the kids. The Site of project is about 8000m2 which located right behind the Liverpool Central Train Station where was the overground platforms for the train stations back to 1950s and now is using as lower ground open air car park.

There are total 36 city programs are generated and we combined them with further analysis to create 22 programs for our care centre design.  There will be 1000 children using our design in the future, with 4 ages group from 0 to 6 and split into 250 children pre group. Due to the size of our project with urban idea and 22 program themes, we designed 4 roads to those 4 groups could access to all the theme buildings and open play grounds. So these 4 roads journey allows all the children could explore the centre in the day time and with fun and enjoy. Roads linking Buildings are forming a City, and the roads are decorated with 4 different materials, also they are responded to the existing railways to the old Liverpool Central Station as different railways route. The roads are linking from our North Entrance through to South Entrance like a double way for children either spend their half day in south zone or north zone, and all 4 roads are meeting together at our Dinning Hall for lunch break

The facility serves a double purpose: it provides day care for the children whose parents arrive at the city centre to work (due to its location), but it also provides access for these kids to the city’s rich cultural heritage. In other words, Micro Liverpool, tests how the ‘urban’ as the city’s ability to shape people’s ideas, places, and education, and how it can provide those children with a head start in life. Outside its normal hours of operation, the project is also designed to function as a youth place for the local teenagers. Public access from the Newington Bridge is also provided to the performance spaces, exhibition and performance spaces. Organisations that already work with underprivileged youth in the city-centre, such as the wonderful Comic Youth CIC and BBC Children in Need could also operate within the premises.